We have an older Roomba 530 hand-me-down. It started performing a circle dance a.ka. death circle, turning in circles as if it keeps hitting things until ultimately giving up the ghost by blinking red and an electronic-angelic voice singing Error 9, bumper stuck.

There are several other suggested fixes on the web, including cleaning and replacing the sensor module.

In this particular case, the problem was the plastic bumper would not return to neutral position after being hit from a side. Instead, it kept that side’s sensor switch pressed in slightly. The Roomba considered that to mean it kept hitting an object.

After several failed attempts, the solution that worked was to give each sensor another “spring assist” at returning the bumper back to neutral.

Use 4 inch pieces of solid guitar wire bent to form a mounting “U”, and a lever that presses into the plastic. See photo below. Tape this in place where shown. 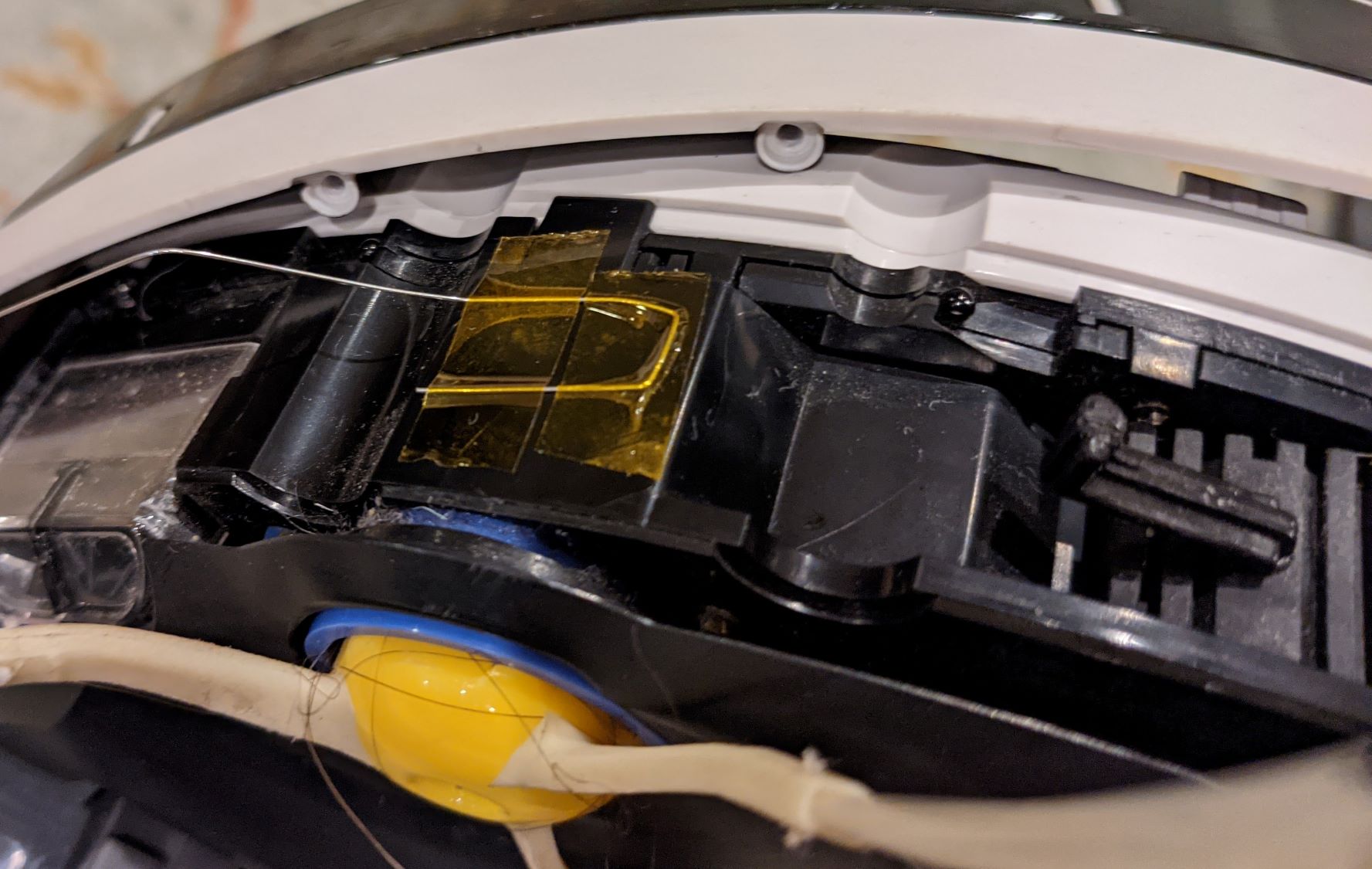 A great writeup of detailed repair options for those Roombas with more severe malfunctions is available at: https://www.schneordesign.com/diy/diy-irobot-roomba/9beep/